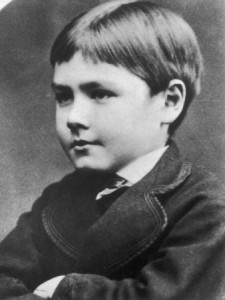 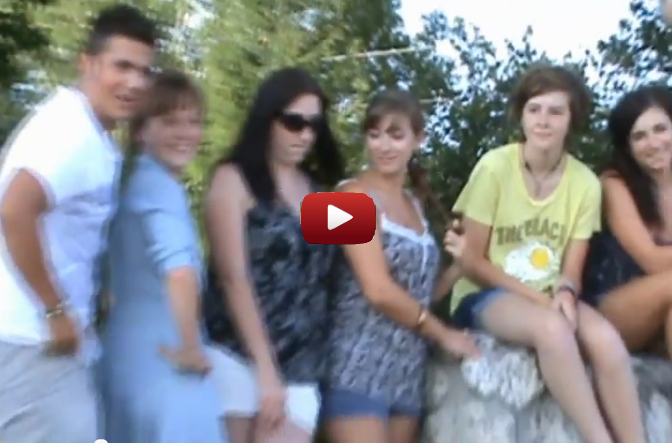 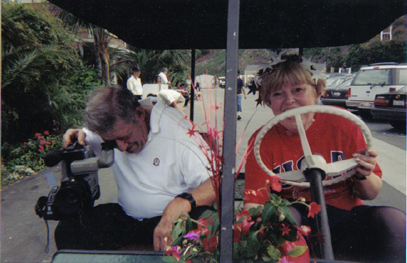 Even though it was only two months away, no one thought Jack Kamen would live to see his 85th birthday. His son, Rick, found himself wondering, “Why would Dad want to stick around? He’s not having fun.”

Which gave him an idea. Maybe, somehow, that’s exactly what he could give his father for an early birthday present. Fun.

But what’s fun for elders? Rick figured gerontologists, caregivers, and loving children of aging parents must ask themselves that question a few times every day. It’s easy to create fun for kids. Give them toys and teach them games, and they have fun playing. Adults keep right on playing, albeit with toys and games that cost a lot more. 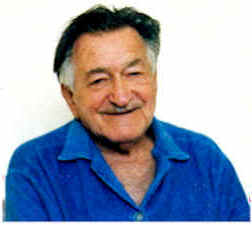 And elders? What do they do for fun?

Rick mulled over that puzzle for about a week. He watched elders, and thought about what it’s like to be 80 or more years old, searching for clues. And then one day, he saw a wise old soul smiling. What do you think that elder was doing?

Rick got it. That’s how people who’ve lived a while and seen a lot have fun. They reflect on the beauty of their pasts, and they tell their stories.

It’s also how they help people who haven’t racked up as much life experience. Not by lecturing and teaching and instructing and demanding, but by anecdote and fable. By gentle example that lets the listener infer the moral of the story and do with it what they may.

Rick remembered that elders naturally tell stories, and that in the culture and custom of many societies, storytelling and storylistening happen naturally. Was there a venue for this in modern U.S. culture? Rick didn’t think so. 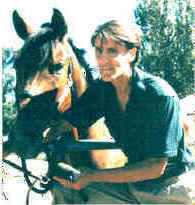 He did know his understanding of what fun is — for all people, at all ages — had changed forever. Fun, Rick realized, is that good feeling people get when they’re engaged in certain behaviors that are programmed into human beings for a very good reason: to help the entire species.

Fun, Rick proposes, might be what motivates us to do the things we do that help humanity.

Kids help humanity by learning, so play is fun.

Adults help humanity by being productive, as well as reproductive. So those behaviors are fun for them.

Elders help humanity when they distribute wisdom – especially to kids. So that’s fun for elders.

Not to mention that exquisite silver lining around the cloud of growing older, namely that even though we lose many abilities as we age, storytelling is one that improves as the years go by. And who doesn’t love to do things they’re good at?

So that’s how Rick gave his father the gift of fun. Storytelling. It was the perfect early birthday present.

Rick called his dad up, as he often did. But this time he steered the usual conversation about the usual stuff in a new direction. “I know you grew up in a world that can’t happen anymore. Why don’t you tell me some stories from those days? I’ll write them up for the grandkids.”

Without even saying, “Okay,” Jack launched right into a story.

The story was wonderful, Rick recalls, but even more wonderful for him and his family was seeing the the joyful impact storytelling had on their beloved patriarch’s mood. His voice and spirit sounded ten years younger. As he shared the highlights of his life, Jack was having fun again for the first time in a long time.

That first story led to another, and then another… and eventually a book called Heirloom Stories from the Harnessmaker’s Son.

Jack lived another seven years. Seven precious years that let him leave a legacy of written stories that will entertain and educate his descendants for centuries.  They would have carried his genes into the future, of course. But thanks to Rick’s gift of fun, Jack’s descendants will also carry with them Jack’s own thoughts and images of the life he led. That’s as close to immortality as you can get.

When he died in 2005, Jack didn’t know that, even more than the priceless stories, Rick cherished the additional years some genuine fun had given his father. The health benefits of storytelling were profound.

So Rick didn’t stop there. He gives the gift of fun to English-speaking elders anywhere in the world by interviewing them by phone, putting slices of their lives in writing, and preserving some Heirloom Stories® for their descendants.